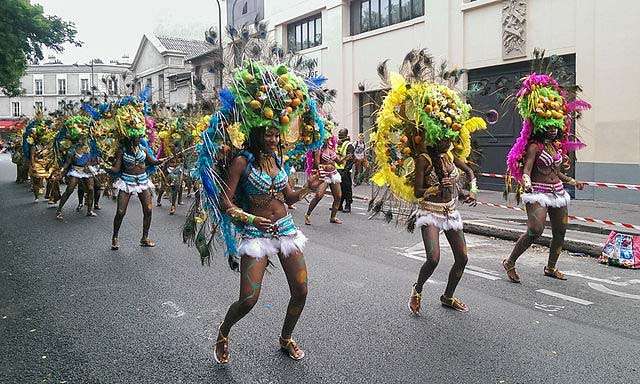 The Santiago de Cuba Carnival, popular party of traditions.
18 – 27 July 2018
This is one of the most popular in the Caribbean area, the music, dances and its people are the main attraction

This celebration has a starting date in the 17th century. The origins some said is the evolution of the summer festivals known as ‘Mamarrachos”, that happens in June 24th and 29th, in July 24th, 25th, and 26th. As celebrations of different saints.

Unlike Carnaval in other parts of Latin America, this holiday does not correspond with Easter. It is based on an old Afro-Cuban Holiday that commemorates St. James and his corresponding Yoruba deity. It was called Las Mamarrachos until the turn of the century, when the city wanted to make the holiday seem less African for political reasons. You’ll see colorful floats and amazing dancers, and hear the rousing Afro-Cuban drum music that has made Santiago de Cuba a standout in the world of Cuban music.